Pushing Her Limits is a spicy romance book released on December 9, 2020.

Mila is a no-nonsense career woman who's never considered submitting to a man in the bedroom. But when she meets Atlas Larson — a sexy, powerful Dom who makes her want things she never imagined — Mila is drawn in to his world. But with secrets of her own, will she be able to give herself over fully to Atlas? Or will she have to make a choice that'll change everything?

Chapter 1: You Know I'm No Good

Chapter 2: Back to Black

Chapter 5: Stronger Than Me

Atlas just ordered you to get to your knees! Will you surrender fully to the demands of this hot, dangerous Dom?

Chapter 8: All of Me

Atlas has pushed you to the very limits of pleasure. But will you let him have all of you?

Atlas just asked you if you're a cop! Will he figure out your secret?

Atlas wants to try some kinky ice play with you! Will you be able to take the cold?

Atlas wants you to meet his family! But are you ready for this big step in your relationship?

Atlas has opened up a whole new world of pleasure. But will you trust him enough to let him give you everything you want?

Chapter 14: Meet Me the Middle

Atlas Larson is still your number one suspect. Will you be able to prove his innocence before he discovers your secret?

Atlas showed up at your apartment unannounced! Are you ready for the kinky things he has planned?

You're getting kinky with Atlas! Will you let him go all the way?

You're finally going to have sex with Atlas! Are you ready for the best night of your life?

You just discovered Atlas's dark secret! Will you be able to forgive him?

Atlas is a car thief! Will you turn him in? Or will you be able to protect the man you love?

Atlas gave up his life of crime for you! But will you have your happily ever after? 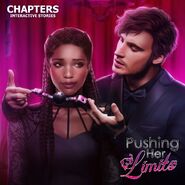 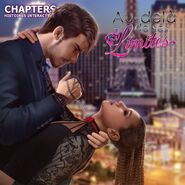